DECC has published a third investment report that provides an in-depth update on progress made in low carbon energy investment in the UK since 2010.

The report has a particular focus on main developments in the sector since July 2014 when the first general “Delivering UK Energy Investment” report was published.

This latest publication reports on the success that the UK has had in the low carbon energy sectors though the creation of a framework that has made the UK low carbon energy landscape attractive to investors from the UK and abroad. It also highlights future investment opportunities in renewable and nuclear power, carbon capture and storage, as well as renewable and low carbon heat.

Energy projects account for around 60% of the UK’s infrastructure pipeline and investment worth more than £42 billion has been secured in renewables, CCS and nuclear infrastructure since 2010, with more to come by 2020. Renewable generating capacity has grown by 165% since 2010 and now provides 18% of our electricity needs.

Turnover in the UK’s low carbon economy is now valued at around £122 billion and has been growing at an average rate of over 7% per year since 2010 in nominal terms. It now supports over 460,000 jobs, which is around 1.5% of all UK jobs and the number employed has been increasing at an average rate of 3.8% per annum; these low carbon jobs are spread across the country. DECC estimates that since 2010 nearly £2.7 billion has been invested in renewable electricity in the North East and, in Scotland, we estimate £6 billion was invested, with the Scottish renewable electricity sector now supporting 16,000 jobs. 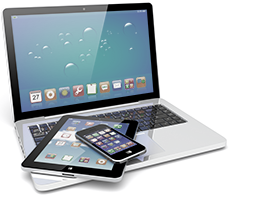